From his West Texas beginnings as the lead guitarist in Buddy Holly’s pre-Crickets band to a prolific songwriting career, Sonny Curtis is a rare talent who transcended musical genres long before the term “crossover” was coined. He has written over 500 songs, recorded by legendary artists across the music spectrum, including Holly, Tom Petty and the Heartbreakers, Hank Williams, Jr., Bing Crosby, the Everly Brothers, the Grateful Dead, the Clash, Green Day, Roy Orbison, and many more. 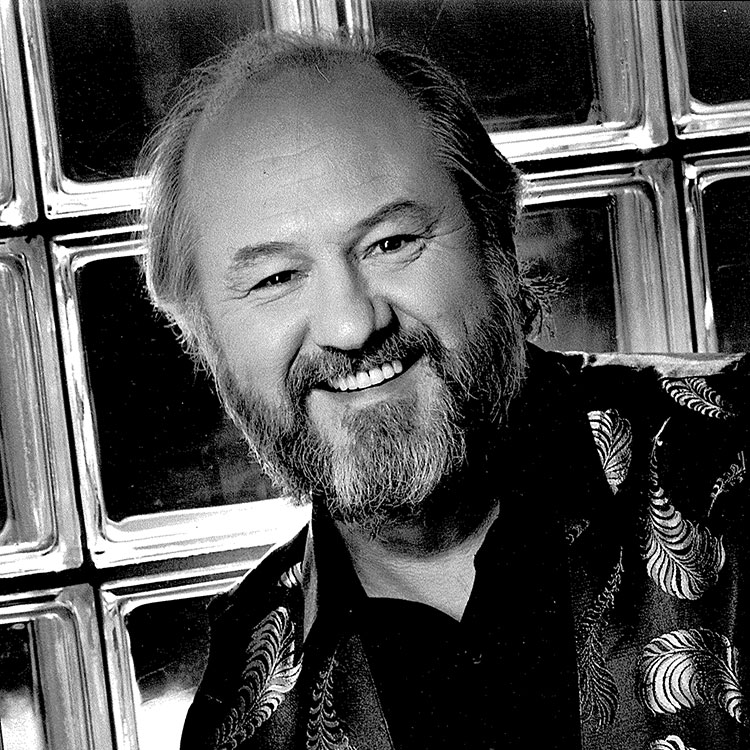 Born in a Dust Bowl dugout on the flat plains outside Lubbock, Texas, Sonny was the second youngest of six children. His parents, Arthur and Violet Curtis, were struggling cotton farmers. Though money was scarce in the Curtis family, music was plentiful. Sonny’s uncles, the Mayfield Brothers, formed one of the first bluegrass bands in Texas (Edd Mayfield played guitar for Bill Monroe). Sonny learned the guitar when he was four, before his fingers could stretch all the way across the neck. Inspired by their uncles, he and his older brothers Pete and Dean formed a bluegrass band, picking at local jamborees and radio stations. 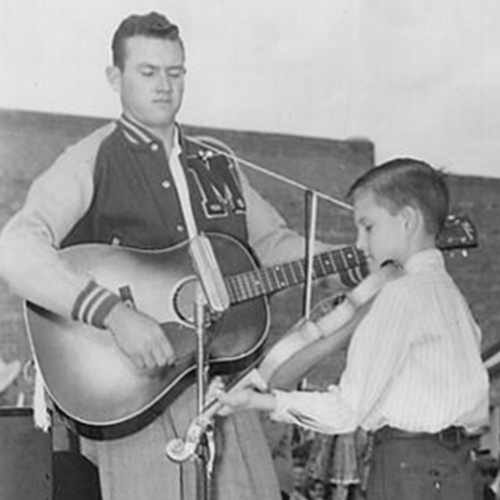 ca 1949. Fiddlin’ at The Old Time Fiddler’s Contest (accompanied by Pete) during the Harvest Festival in Brownfield, Texas. I lost to a real ‘old time fiddler.’ 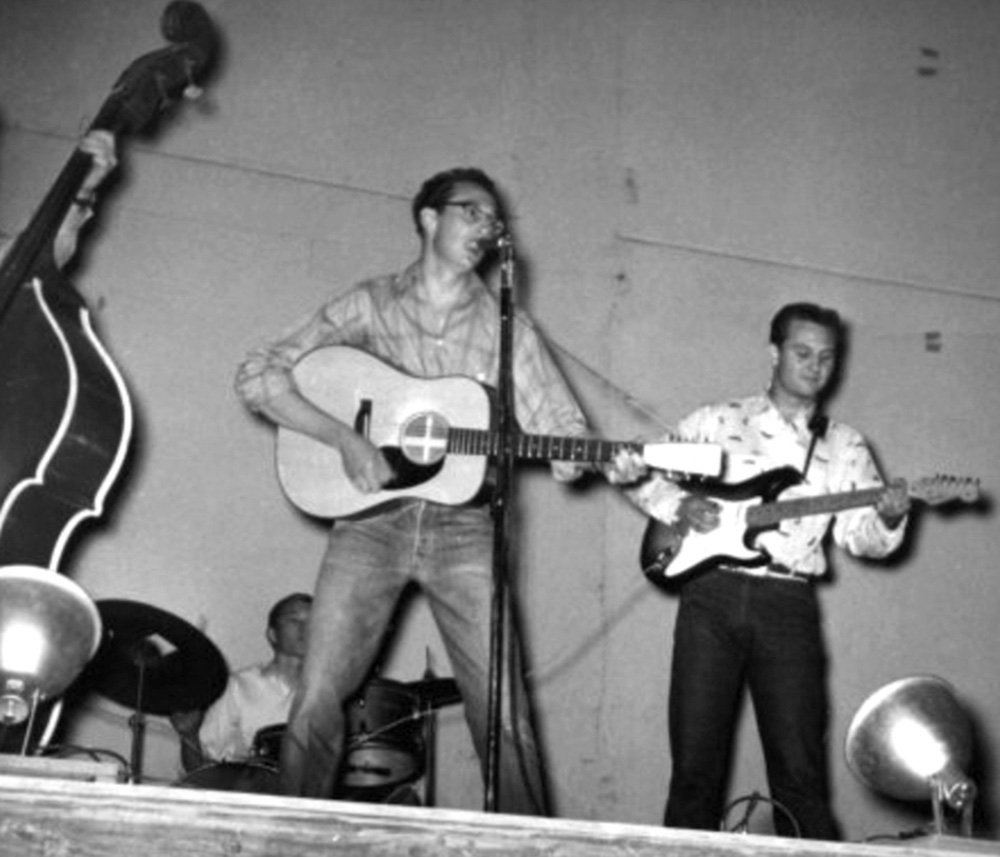 When Elvis exploded onto the music scene in 1955, Sonny and Buddy followed suit and started rocking. Shortly after, the band caught the attention of Decca Records. In 1956, Sonny accompanied Holly and bassist Don Guess to Nashville for several recording sessions with the legendary producer Owen Bradley. Reportedly the first musician to play a Fender Stratocaster on a rock ‘n’ roll recording, Sonny played Buddy’s lead guitar on “Blue Days, Black Nights,” “Midnight Shift,” and his own composition, “Rock Around With Ollie Vee.”

After graduating high school, Sonny left Buddy’s band to tour with country star Slim Whitman, as well as the Philip Morris Country Music Show. He began composing songs during this period, including “Someday,” a chart success for Webb Pierce. 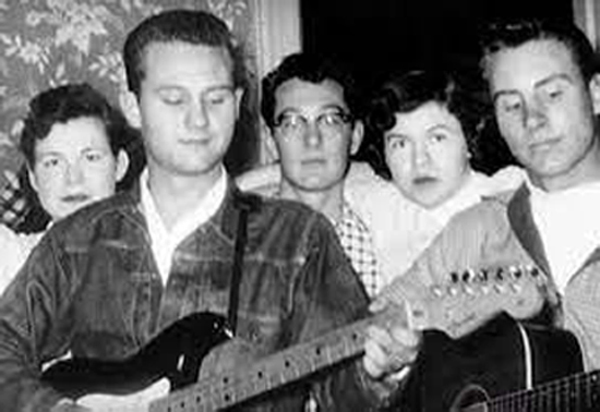 In 1958, Sonny rejoined the Crickets, drummer J.I. Allison and bassist Joe B. Mauldin, just prior to Holly’s tragic death in a plane crash. During the difficult period that followed, Sonny wrote one of his most recognizable songs, the rock anthem “I Fought the Law.” Originally recorded on the album “In Style With the Crickets,” the song made stars of the Bobby Fuller Four Band when they released it in 1964. A timeless declaration of rock ‘n’ roll rebellion, “I Fought the Law” has since been covered by the Clash to Bruce Springsteen to garage punk bands the world over. Rolling Stone magazine ranks the song at #177 on a list of the 500 Greatest Songs of All Time. 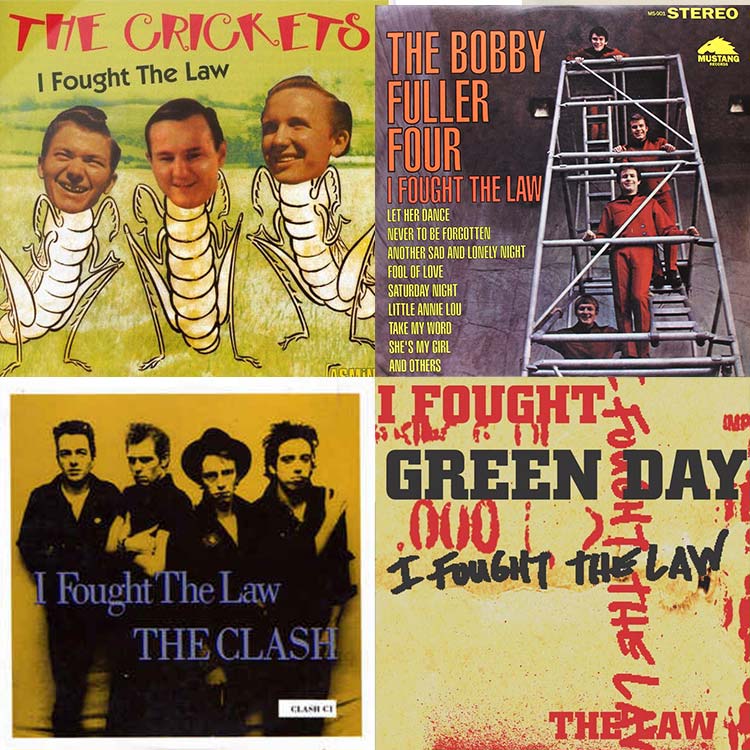 I Fought the Law Album Covers

At the age of 21, while the Crickets were backing the Everly Brothers on tour, Sonny received his draft notice from the Army. He wrote one of his classic songs during basic training, “Walk Right Back,” a 1961 hit for the Everlys.

Sonny moved to Los Angeles after his discharge from the Army, where he applied his songwriting skills to the commercial world. Along with his partner, Don Piestrup, he wrote and produced a string of nationally known jingles for clients including McDonald’s, Buick, Western Airlines, Honda, Plymouth, Mastercharge, and Bell Telephone.

In 1970, Sonny wrote and sang “Love is All Around,” the theme song for The Mary Tyler Moore Show. Because of its positive message for working women in the early days of feminism, the song is not only one of television’s most-loved themes; it’s a cultural touchstone.

Sonny moved to Nashville in 1976 where, as a member of the Crickets, he toured with Waylon Jennings for five years. As a recording artist for Elektra in the early eighties, Sonny scored numerous songs in the Top 100 country charts. With co-writer Ron Hellard, he achieved his biggest country success with “I’m No Stranger to the Rain,” a number one record for the late Keith Whitley. The Country Music Association voted the song 1989’s Single of the Year. 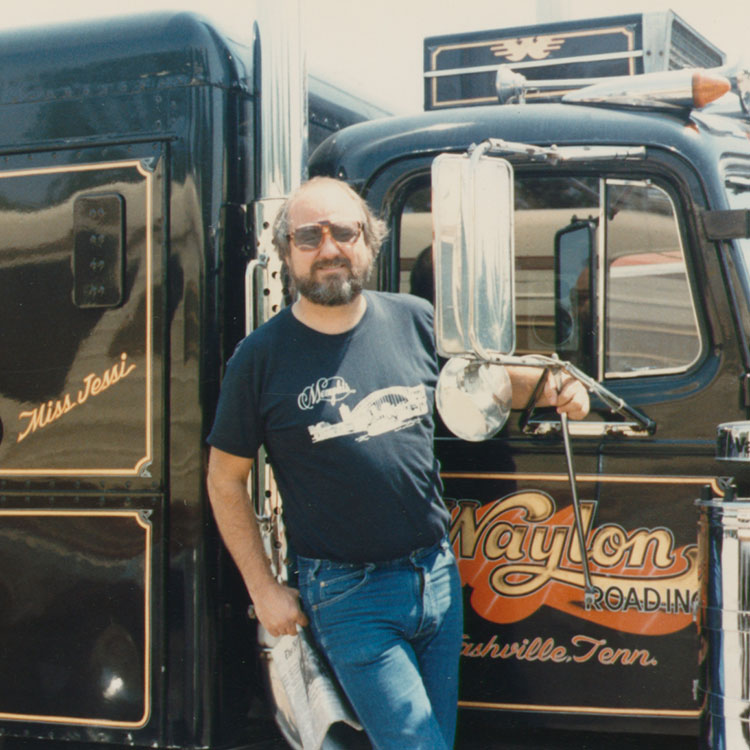 Sonny, on tour with Waylon Jennings

Sonny is a member of BMI’s “Million Airs Club” in recognition for “I Fought the Law,” “More Than I Can Say” (co-written with J.I. Allison), “Walk Right Back,” “The Straight Life,” and “I’m No Stranger to the Rain,” each of which achieved over one million air plays. His wide-ranging contributions to songwriting earned him a place in the Nashville Songwriters Association International (NSAI) Hall of Fame and the Texas Heritage Songwriters Association.

Along with the other two Crickets, J.I. Allison and Joe B. Mauldin, Sonny is inducted in the Music City Walk of Fame and the Musicians Hall of Fame. In 2012, the Crickets were inducted into the Rock & Roll Hall of Fame.

With nearly sixty years of performing under their belts, the Crickets retired after the death of Joe B. Mauldin in 2015. Yet the music lives on. As the Rock & Roll Hall of Fame wrote in their introduction of the band, “Show us a rock band that wasn’t influenced by the Crickets. You can’t. They wrote the blueprint for rock ‘n’ roll bands—two guitars, bass and drums—and inspired thousands of kids to start up garage bands around the world.” 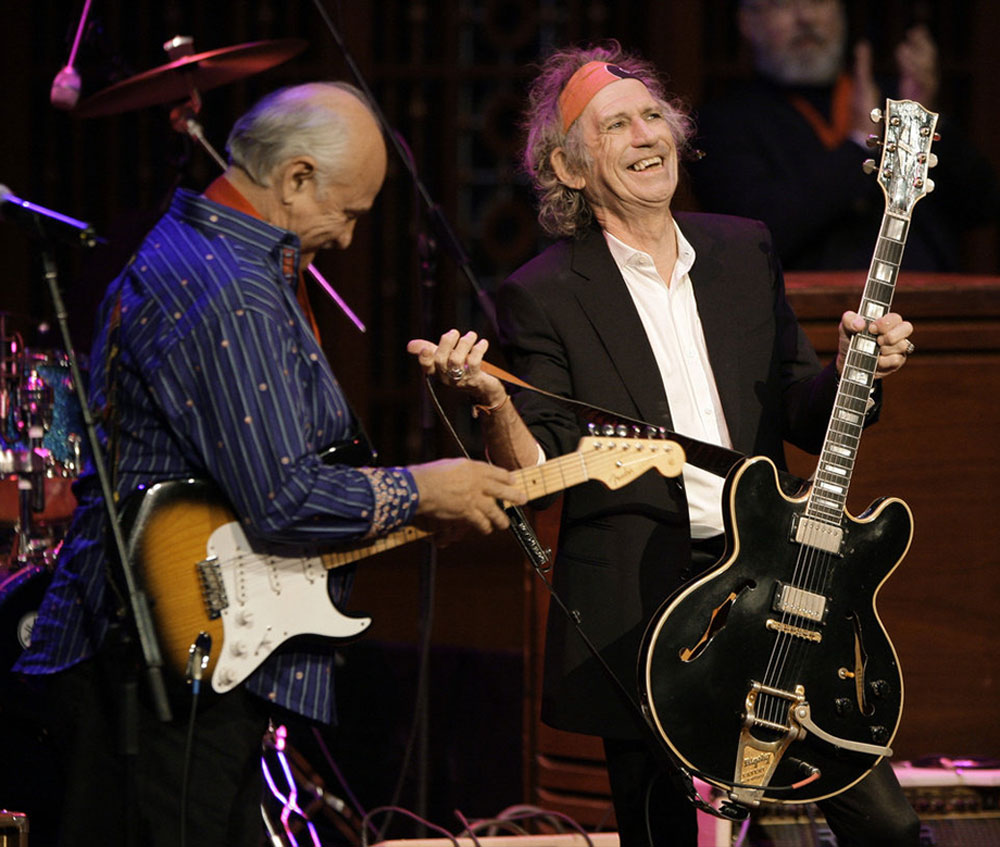 Sonny and his wife of over fifty years, Louise, live near Nashville, where he continues to compose music, tinker on his guitar, and spend time with Crickets drummer J.I. Allison. 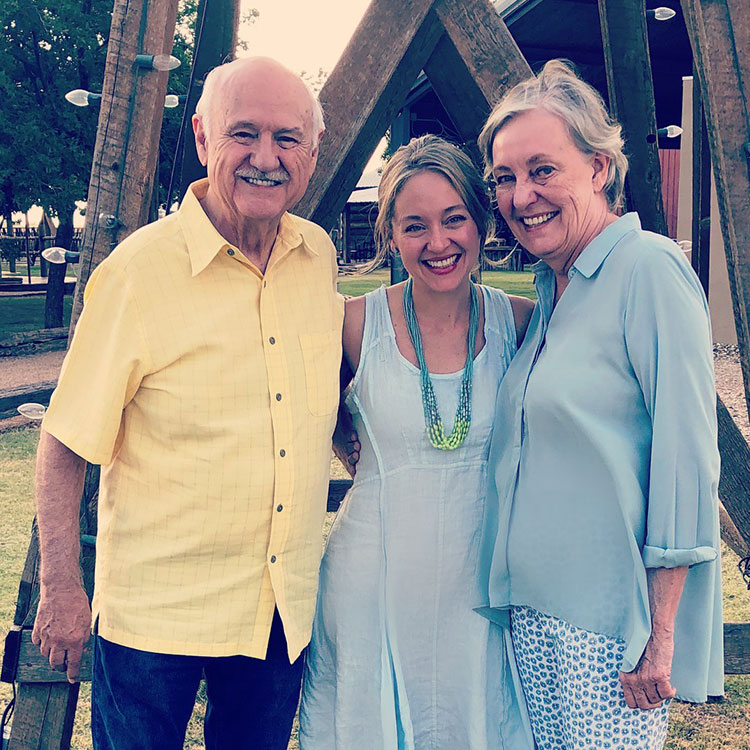 Sonny with his daughter, Sarah (a talented writer in her own right) and wife Louise